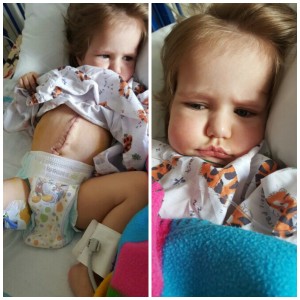 Liam Hurley is one of our local residents currently residing in Fort Walton Beach, Florida. He has a birthday coming up and will be turning 5 years old! We made our first donation to the Hurley family in 2015 to help with some of their medical bills. We’ve been following Liam’s story from the beginning and wanted to provide an update on Liam’s story and how the Foundation has been able to help.
At birth, Liam was first diagnosed with Polycystic Kidney Disease, but doctors later determined that Liam has Multicystic Dysplastic Kidneys. In 2015, Liam only had 20% kidney function and he had to have a kidney transplant to survive. He received his new kidney on May 10, 2016 which was donated from his father, William. 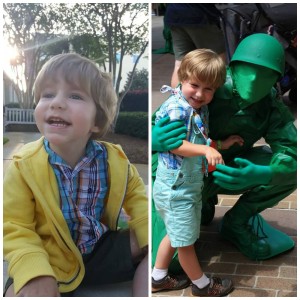 Liam’s surgery went well, but he faces a life of daily immunosuppressant drugs to prevent organ rejection. These fees are on top of the already expensive medical bills they had prior to the transplant and post-surgery. To help ease some of the stress the family is experiencing, the Sandestin Foundation for Kids made another donation to the Hurley family. Our goal in assisting financially is to help Liam and his parents have a minor break in having to worrying about bills and instead allowing them to just enjoy their time together and be thankful in how far Liam has come.
Though the medical bills are taxing, the most important thing to his family is that Liam is healthy, happy, and caught up to where he needs to be developmentally.

He was scheduled to have his 2-year biopsy in early June and plans to start kindergarten in the fall. He can count to 10 in four languages and knows over 40 different dinosaur names! His family and the Foundation are so proud of what he has overcome and accomplished. We love getting to see this little boy thrive and make the world a happier place!
You can follow Liam’s story on Facebook by clicking here.