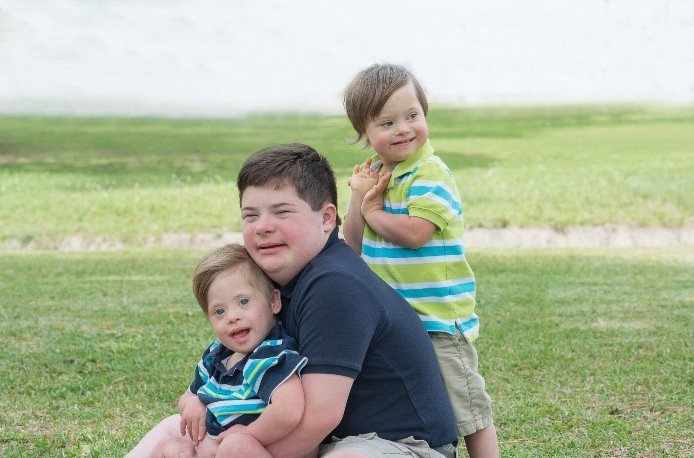 Hamilton Williams has been part of the SDFK family for little while now. Hamilton is a sweet, smart little boy living with his family in Defuniak Springs, FL.  He was adopted from an orphanage in Ukraine at 13 months old, abandoned at birth due to a Down syndrome diagnosis.  As a result of those 13 months of sensory deprivation as an infant, Hamilton has sensory challenges that led to an additional diagnosis, Autism (ASD), around the age of three. Hamilton has two brothers who also have Down syndrome so his family is well versed in all of the different therapies and treatments available to help him lead his best life, but his ongoing sensory challenges were only moderating improving and his mother, Amber Davis Williams, knew she had to keep looking for ways to help him.

In addition to his sensory processing challenges, Hamilton remains non-verbal despite years of intense and varied therapies.  In November, with the help of the Sandestin Foundation for Kids, Hamilton was able to attend a week long Intensive at the QRI Brain Boost Center in Crystal River, FL.  During this Intensive Hamilton was treated using the QRI cold laser protocol for the first time and his mother was trained in how to continue the treatments at home with their newly purchased lasers. 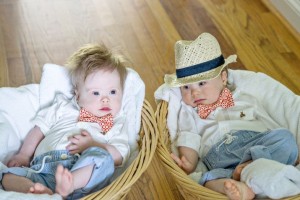 Quantum Reflex Integration (QRI) combines the powerful effects of cold laser, sound, and reflex integration techniques. Reflex Integration revives the nervous system for quick, visible results.  These techniques re-pattern both primitive and lifelong reflexes for the development of efficient neurological processing. Reflex integration patterns may not integrate during the normal developmental stage. They can interfere with many aspects of learning, physical movement, development, and behavior. Integrating a reflex connects nerve nets or repairs them to allow rapid and efficient transmission of impulses along nerve cells.

In the weeks since the Intensive, Hamilton has made great strides.  “The laughing, just seeing him smile and laugh and seem so much happier is the biggest change we’ve seen.  He is so much more present and is engaging with us more than he ever has before,” reports his mother.  Functionally, Hamilton is making great strides in doing things like feeding himself dinner for the first time-independently using utensils correctly, babbling more-making sounds and sound combination he’s never made before and just is overall more alive.

Since his treatments he’s acknowledged his pets in the home for the first time and even attempts to play with them now!  One of his biggest successes is being able to sit calmly through a haircut just recently.  His hair in the past was often too long and shaggy and/or awkwardly cut because he had such an intense trauma reaction to any attempt to cut his hair.  Haircuts were brutal for everyone and avoided for as long as possible.  Amber, his mother, reports, “this was a totally new experience. We went in, put on the cape and started cutting with no negative reaction from Hamilton. He sat perfectly still and didn’t even so much as whimper.  We were all totally blown away and SO proud of him for being so brave.  The only thing we have done differently is the QRI laser treatments.  That has to have something to do with it!”

Hamilton’s family is so grateful for the support of the Sandestin Foundation for Kids for making these treatments possible. We can’t wait to see all the ways that Hamilton will continue to heal with ongoing treatments!